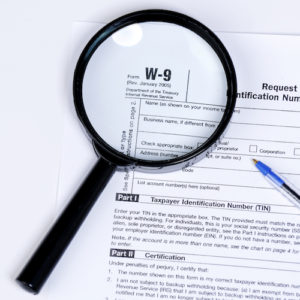 Starting in 2017 employers and small businesses face an earlier filing deadline of January 31 for Forms W-2. The new January 31 filing deadline also applies to certain Forms 1099-MISC reporting non-employee compensation such as payments to independent contractors. Also of note is that the IRS must also hold some refunds until February 15.

A new federal law, aimed at making it easier for the IRS to detect and prevent refund fraud, will accelerate the W-2 filing deadline for employers to January 31. For similar reasons, the new law also requires the IRS to hold refunds involving two key refundable tax credits until at least February 15 (also new). Here are details on each of these key dates.

The Protecting Americans from Tax Hikes (PATH) Act, enacted last December, includes a new requirement for employers. They are now required to file their copies of Form W-2 submitted to the Social Security Administration, by January 31, as well as Forms 1099-MISC.

The new accelerated deadline will help the IRS improve its efforts to spot errors on returns filed by taxpayers. Having these W-2s and 1099s earlier will make it easier for the IRS to verify the legitimacy of tax returns and properly issue refunds to taxpayers eligible to receive them. In many instances, this will enable the IRS to release tax refunds more quickly than in the past.

The January 31 deadline has long applied to employers furnishing copies of these forms to their employees and that date remains unchanged.

Some Refunds Delayed Until at Least February 15

Due to the PATH Act change, some people will be getting their refunds later than they have in the past. The new law requires the IRS to hold the refund for any tax return claiming either the Earned Income Tax Credit (EITC) or Additional Child Tax Credit (ACTC) until February 15.

Furthermore, by law, the IRS must hold the entire refund, not just the portion related to the EITC or ACTC.

Even with this change, taxpayers should file their returns as they normally do. Whether they are claiming the EITC or ACTC or not, taxpayers should not count on getting a refund by a certain date, especially when making major purchases or paying other financial obligations. Typically, the IRS issues more than nine out ten refunds in less than 21 days; however, some returns may be held for further review.

Please call if you have any questions about the earlier filing deadlines for Forms W-2 or 1099.