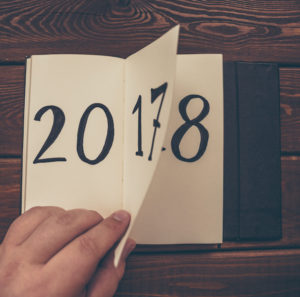 So, as the end of the year approaches, it is a good time to think of planning moves that will help lower your tax bill for this year and possibly the next. We had hoped before this time to have specific tax reform legislation in place. However, work is being done to reconcile differences in the House and Senate versions of the tax reform legislation. In many cases, this will involve the time-honored approach of deferring income until next year and accelerating deductions into this year to minimize 2017 taxes. This time-honored approach may turn out to be even more valuable if Congress succeeds in enacting tax reform that reduces tax rates beginning next year in exchange for slimmed-down deductions. Regardless of whether tax reform is enacted, deferring income also may help you minimize or avoid AGI-based phaseouts of various tax breaks that are applicable for 2017.

We have compiled a checklist of additional actions based on current tax rules that may help you save tax dollars if you act before year-end. Not all actions will apply in your particular situation, but you (or a family member) will likely benefit from many of them. We can narrow down the specific actions that you can take once we meet with you to tailor a particular plan. In the meantime, please review the following list and contact us at your earliest convenience so that we can advise you on which tax-saving moves to make: